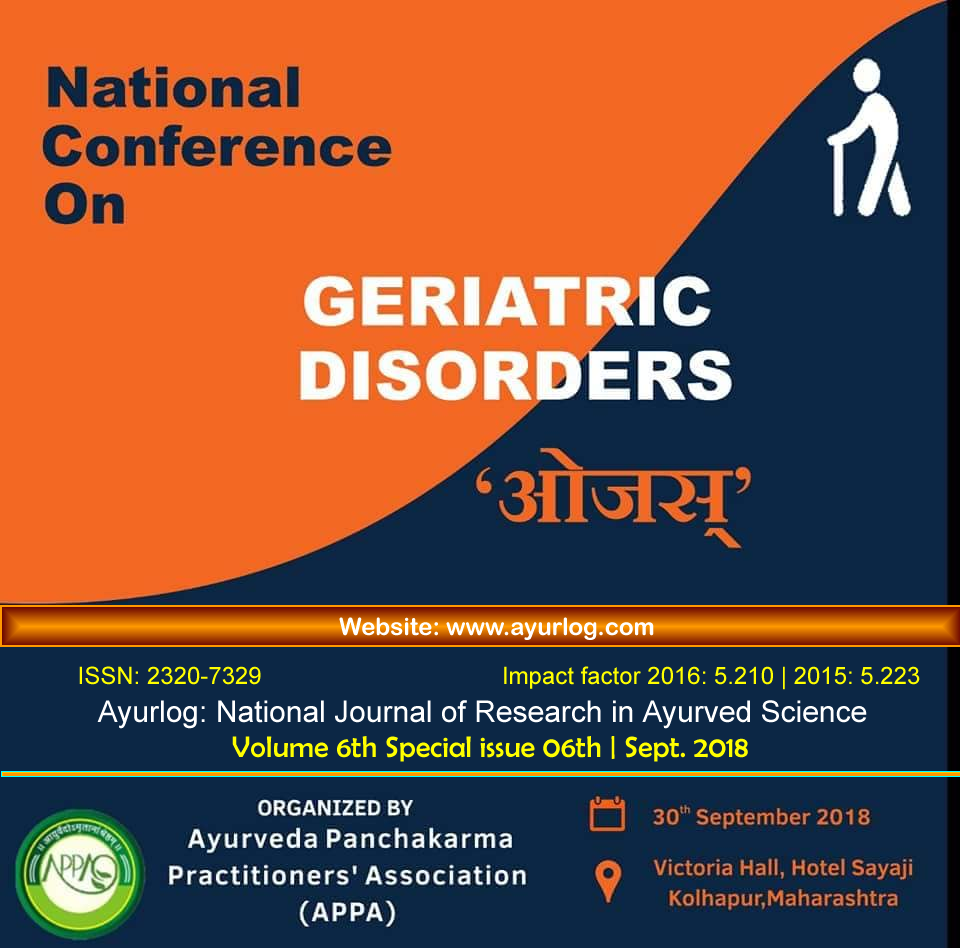 Since long the subject of standardization of Ayurvedic drugs is hot. Today it has become a must to give attention towards all the factors which affect the potency of the drug. After lot of observation it was found that the geographical variation and climate of the place of origin of the drug may be the major factor in influencing the potency of drug. Hence for current study drug Shitivaraka is collected from Anupa and Jangala regions; and this drug is well known for its Mootrala (diuretic) property, it is mentioned and utilized by the Brahtrayi physicians for the treatment.

The role of research in Ayurveda is not only to elucidate the principles of Ayurveda but also, to explain them in terms of modern parameters. Group-A(anupa), Group-B (Jangala), powdered drug is used for phytochemical study.

I  declare (on behalf of me and my co-authors) that the submitted manuscript titled has not previously been published and is not currently being considered elsewhere for publication in another journal and that I am (we are) the sole owner(s) of the manuscript thereof and of all rights, title, and interest therein. All agreed to the terms and conditions, Privacy Policy, which is declared on Journal Website http://www.ayurlog.com and online filled (uploaded) form